Though the agricultural sector of Montana continued to suffer, Grimstad and Brown’s law office continued to prosper as new attorneys were brought in to help with the increased load. In fact, Grimstad won a significant case before the U.S. Court of Appeals. Although Brown was not a litigator himself, he initiated a caseload that included more murder trials, foreclosures, incorporations, divorces, estate settlements, real estate transfers, civil suits, and even bootlegging cases.

Acquiring additional attorneys for the firm allowed both Grimstad and Brown to engage in many activities beyond the law practice. Grimstad pursued rimrock land overlooking Billings for an airport. Brown chaired a committee for the re-election of Calvin Coolidge. Grimstad filed as a candidate for a state senator position. Brown started and presided over various clubs in Billings. 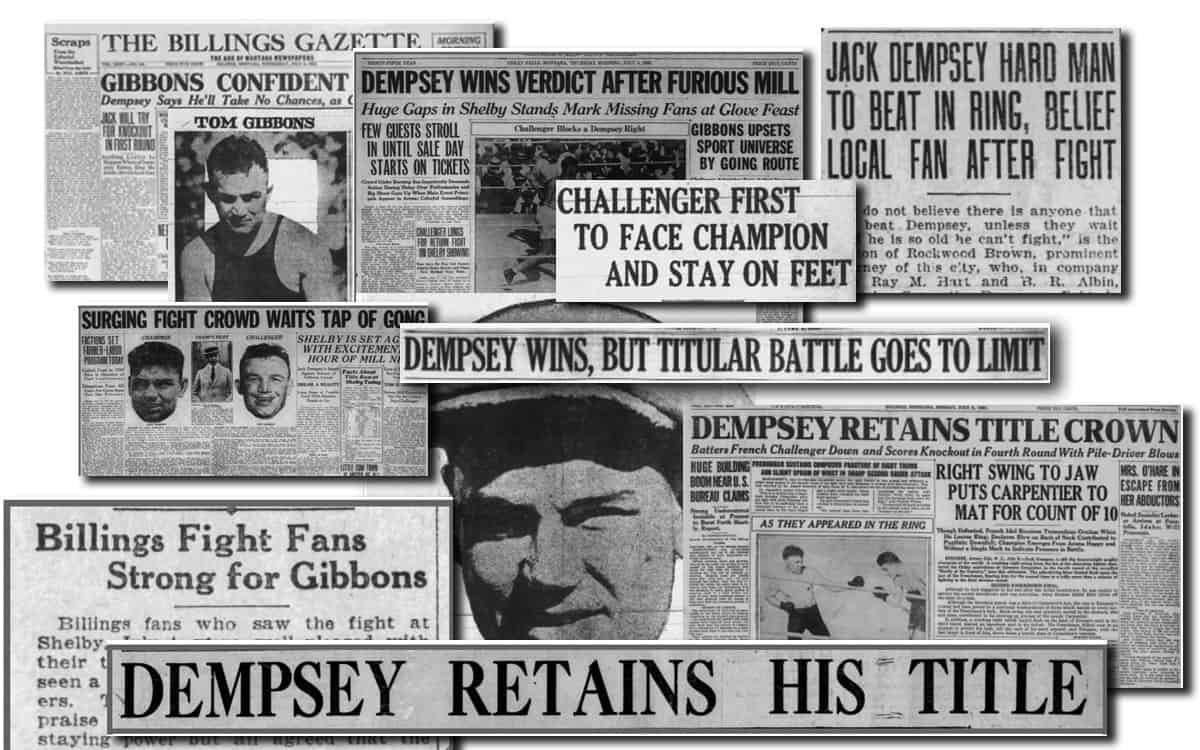 It was a championship boxing match in Shelby, Montana, that had considerable influence over Billings’ financial future. Shelby, population 500, was remote and agricultural, and it was also where oil had recently been discovered. In their excitement, city fathers decided to take promotional advantage of the town’s oil strike by holding a heavyweight boxing match on July 4, 1923. This would focus national attention and create considerable buzz over their stab-in-the-dark gimmick. Boxing was a widely followed sport, and Jack Dempsey had already been a strong, box-office draw. Yes, it was a gamble, but it was a risk that financial interests pounced on anyway. 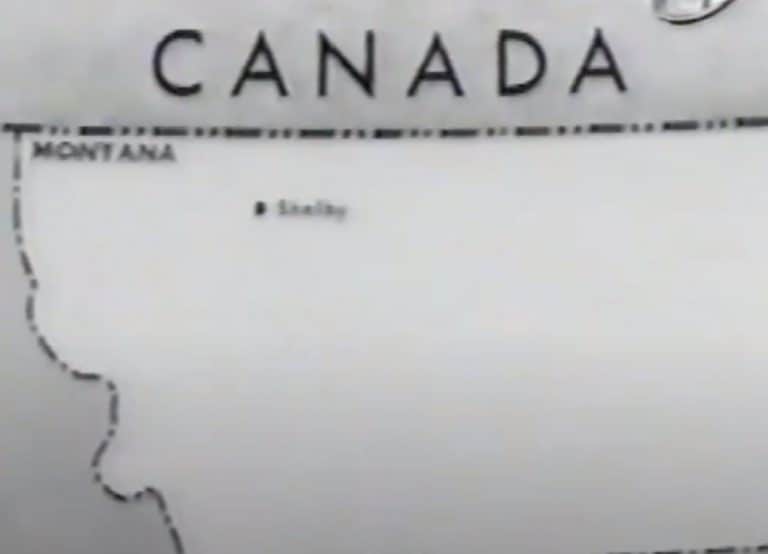 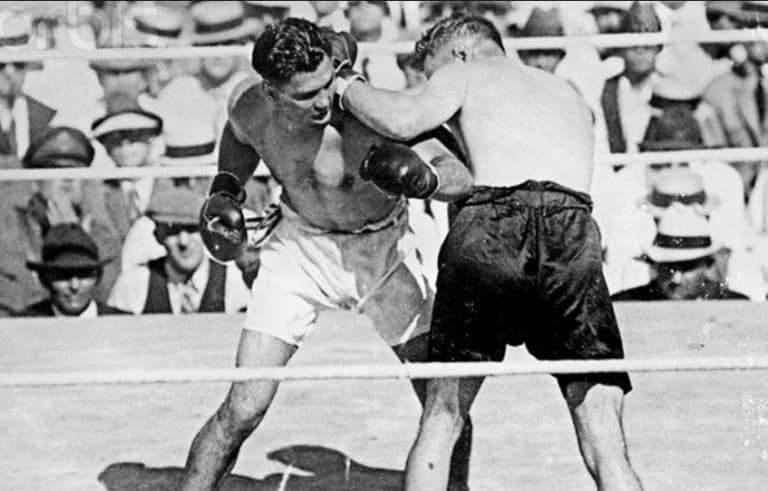 Both O.K. Grimstad and Rockwood Brown loved the sport of boxing and had actually discussed the possibility of holding such a match in Billings. As Billing’s Commercial Club members, each man thought that a regulated sport like boxing might also work well to benefit the city’s promotion.

Two years previously, Brown had witnessed a Jack Demspey fight in Jersey City and had given The Billings Gazette an extensive interview following the fight. He commented, “I do not believe that there is anyone who can beat Dempsey unless they wait until he is so old he can’t fight.”

Both men enthusiastically traveled to Shelby to watch and gauge the outdoor fight as a possible model for a future Billings promotion.

The fight was a fifteen-rounder won unanimously by Dempsey. But it was, unfortunately, a huge financial bust. Few people paid to take the train out to rural Montana.

From the East Coast, it still took a week to get there and a week to return.

NOTE:  Although a few airplanes had made flights over Montana, it was not yet considered “safe.” So everyone attending the fight (including the fighters) took the train.

The event was very poorly attended by paying customers, even though national enthusiasm was high. Officials ended up giving free seats away, so the wooden bleachers (built to accommodate 40,000 people) would appear full. Even this tactic missed the mark. About two-thirds of the stadium remained empty. There were so few fans that four lending banks and the small town itself declared bankruptcy.

This financial lesson was learned well by Brown and Grimstad. No similar fight was ever planned for Billings, though both men retained their enthusiasm for this sport. Grim was later appointed to the Athletic Commission from his county. Brown’s time on the commission would come a bit later.

Throughout the 1920s, Prohibition was supposed to dampen the spirits of many activities. But these years weren’t called the Roaring Twenties without cause, and Brown saw his law practice expand with many more entrepreneurial ventures to choose from.

During this decade, parents from both families (Brown and Hawley) visited, sometimes for long periods at a time. Local social events, bridge nights, and fishing trips were commonplace, while the national scene found a “Return to Normalcy” after the war by spotlighting Lindberg’s successful flight, Miss America Pageants, the humor of Will Rogers, Women’s Suffrage marches, radio broadcasts, and Hollywood movies.

A mountain escape was a welcome buffer from Montana’s summer heat and the threat of Infantile Paralysis. As before, Polio remained a persistent medical issue. The family always enjoyed their multiple family cabins located on the Keene (or 4K) Dude Ranch south of Dean, Montana. The ranch was owned jointly by Brown and a prominent car dealer in Billings. So access was easy and often. 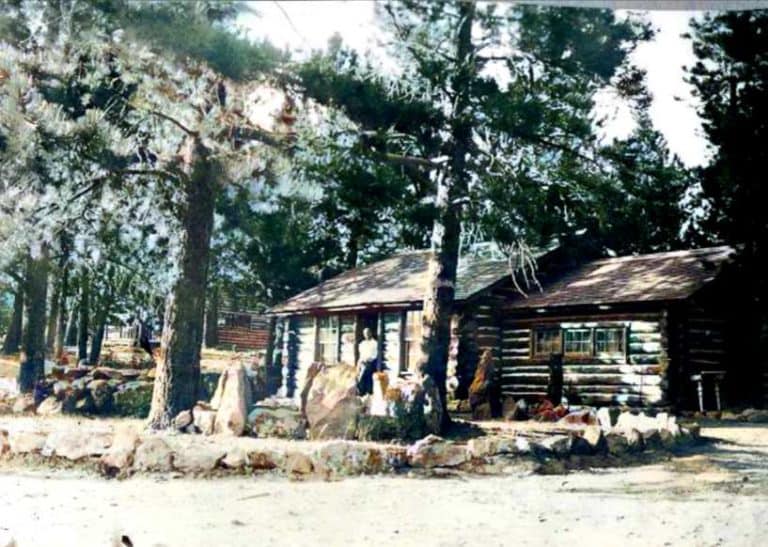 Daughter Barbara, the oldest child, was now 14. She had often ridden horseback with her friends along a trail leading up the mountain, and one day couldn’t wait to get on the trail again.

Even that day’s threatening weather didn’t discourage her. She and her friends eagerly donned their rain-slickers and strolled out to saddle up. But as Barbara rounded the rear of her favorite horse, her slicker rattled and frightened the animal so much that the horse suddenly kicked her in her stomach. 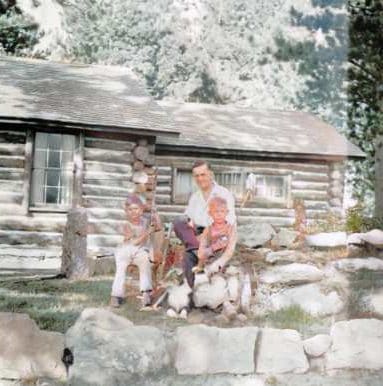 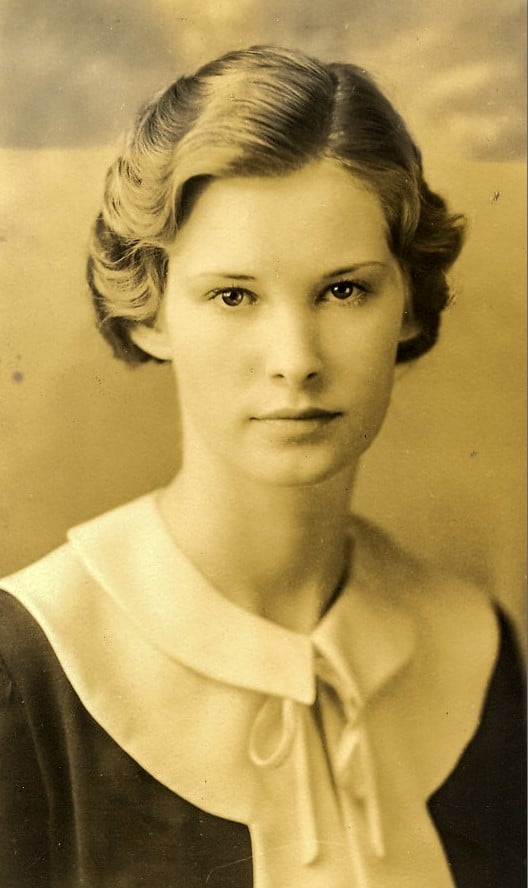 Writhing in pain and severely injured, Barbara couldn’t even call out. Other friends with her screamed for help. Rockwood, who had been inside, comfortably reading, bolted from the cabin to find his daughter on the ground and gasping for air. He picked her up, lay her in his nearby car, and sped 33 miles down a winding road to a small hospital in Columbus, Montana.

The injury was more serious than this hospital could handle. A train had momentarily stopped in Columbus, so Rockwood transferred his injured daughter and stayed with her during the rail trip to Billings. St. Vincent’s Hospital was alerted, and by her arrival, they were prepared for surgery. That operation staunched Barbara’s internal bleeding and repaired her severely damaged organs. Though the injury was grievous enough to keep her out of school for a full year, she slowly recovered. 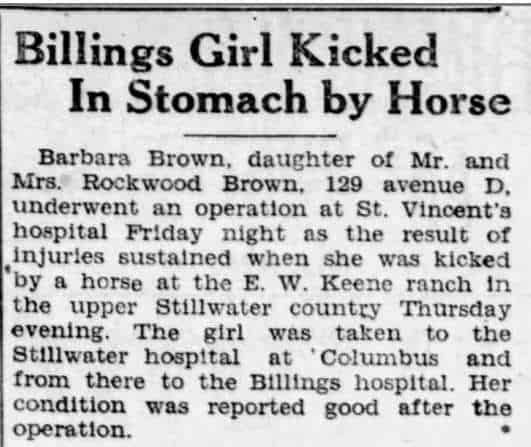 NOTE: The 4K (Keene) Ranch operated as a lucrative “Dude Ranch,” and by the mid-1930s, over 100 dude ranches were in the state. The lure of the west drew tenderfeet from eastern states to these rustic ranches that featured horse packing trips, hunting, fishing, hot springs, and in this case, golf.