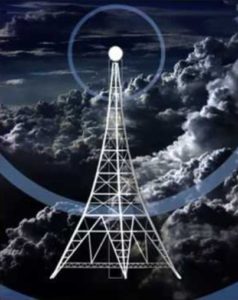 At 58 years of age, Rockwood was still interested in new fields. By September of 1945, with the war over, he decided to try investing in the growing broadcasting business. A license was granted in 1945. In 1946, KBMY Radio took to the air. As a partial owner, Brown would add this to his varied basket of unrelated financial-forays.

Meanwhile, the tireless Rockwood had been appointed chairman of another state commission authorized by its legislature. Montana’s newly formed Resource Development Board consisted of three members charged with studying and publicizing the Treasure State’s abundant resources. Governor Bonner chose Brown as chairman because he had shown a “vital interest in the subject of Montana’s development.” And this Resource Board aimed to “attract new industry to Montana.”

One of Brown’s first commitments was to turn white-into-gold by making the West Yellowstone area a winter sports center. That effort was quickly followed by a public campaign to encourage consumers to use Montana-produced goods. Then came plans for an industrial opportunity fair, a Montana industrial directory, a lowering of freight rates in and out of the state, and mineral resource expansion. Next on the docket would come more water and soil conservation, additional wool processing plants, and an emphasis on tourism. These were all specialties of Brown that fed from his previous expertise.

Brown’s eight-year term as director for the Midland Empire Fair was ending at the opportune time. His juggling of tasks became too overwhelming. Attention to the fair, the Custer Ranch, board positions on his myriad business ventures, other land properties, and his law firm all created time demands. And now, he was again needing to travel throughout the state to speak for the Resource Board.

Just one more thing. He refused to ignore the sport that he and Grimstad had enjoyed so much in their college days: Baseball.